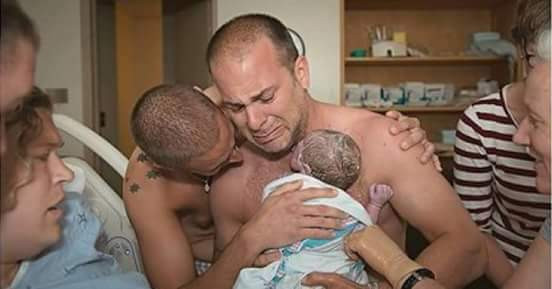 Is there a reason why the homosexual men are shirtless? Are they preparing to breastfeed? Anything is possible in Post-America.