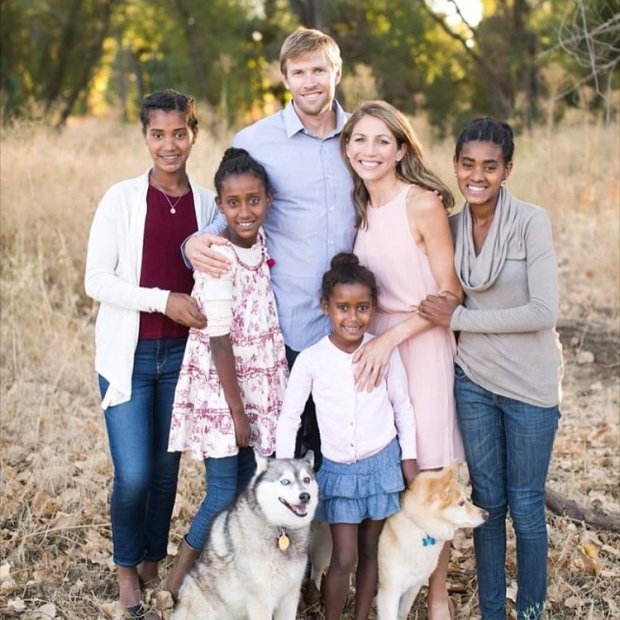 Ryan Hall, father of four adopted Ethiopians, is a record-holding marathon runner. He suffers from clinically low testosterone levels. He and his wife, Sara (also a runner), are Christcucks. They have no biological children. There is no claim that she is infertile.

There is a revealing blurb in their story that one social worker in their hometown is the traitorous nexus actively organizing and helping to import Africans into America.

Though the Halls’s Northern California community of Redding is small, they know at least 30 other Ethiopians in the area, including four Ethiopian children adopted by another family four years ago who are now good friends of the Halls’s children. The families shared the same social worker to help with the adoptions.

Lessons: Don’t run. Lift. Don’t marry a psychocuck. And take any social workers in your community on helicopter rides. Future America will thank you.